Why does a city need a data strategy?

The City of Helsinki has a vision – to become the most functional city in the world.

The City of Helsinki has a vision – to become the most functional city in the world. In pursuing this vision, it seeks to create the best conditions possible for urban life for its residents and visitors. One important part of meeting this vision is the creation of a data strategy that sets a roadmap for improving the data utilization and capabilities of the city. DAIN Studios participated in the data strategy process of Helsinki from September 2019 through February 2020.

According to Penguin’s dictionary, a city is a human settlement. More precisely a city is a permanent and densely settled place with administratively defined boundaries whose members work primarily on non-agricultural tasks. The density and the size of the city commonly mean that a citizen living in a city can satisfy most of his or her needs without leaving the city.

The population of Helsinki city was 79,000 in 1900, fifty years later it was 369,000 and today, over 650,000 citizens reside in Helsinki. Managing Helsinki 120 years ago must have been dramatically different than today. Not only were the city’s issues different, but so were the scale of these issues. In Helsinki’s early 20th Century days with less than 100,000 inhabitants, the Mayor was only two steps away from everyone in the city through his network, assuming he knew 300 citizens directly. Today the Mayor would need to have a network of 800 people, to be similarly connected, but still then it would be impossible to keep up with the pace of data being funneled to the Mayor – keeping in mind how rapidly the city evolves today.

As cities have grown, understanding the issues and their complexity have become paramount for effective city planning and administration. A decade or two ago the city could estimate with high confidence how many school seats or hospital beds are needed this and the next year, and how many cars will drive on a given road. Today the required school capacity depends greatly on multiple parameters, for example, what kind of housing is available and when? What languages do the families speak? And what is the expected immigration into and from an area? When observing more complex issues like social inclusion/exclusion and carbon dioxide emissions, the dimensions grow even further.

This simple calculation illustrates the situation in modern vs. old cities. In today’s city, a simple word-of-mouth data collection is not enough, as the scale of events are beyond what humans can report. In addition to data being entered manually into systems, cities are moving to sensor based data collection, using electronic Internet of things (IoT) sensors, that report unbiased data tirelessly. By combining sensor and system data, the city is able to analyze and understand relevant phenomena.

A similar analysis of the root causes, scale of issues and data volume led the city of Helsinki to initiate a data strategy project, with a target to improve its data and analytical capabilities to the level required in a modern city. Before taking a closer look at the data strategy, we will consider the broader uses for data that a city can enable, and some of the concerns related to use of data in a city.

What makes a city Smart?

A Smart City is an urban area that uses various Internet of Things (IoT) sensors to collect data and then use insights gained from that data to efficiently manage assets, resources and services efficiently. This includes data collected from citizens, devices, and assets that is processed and analyzed to monitor and manage different services offered by the city. (source: Wikipedia)

The Smart City concept was originally developed in the beginning of 2010’s by IBM and Cisco. The motivation for developing the concept may have been influenced by a need to market products, but the concept itself is valid and has been well accepted by local governments around the world. Today, over a decade after the introduction, Smart City technology is one of the growth areas for ICT.

The Smart City concept has been criticized for being technology centric. Due to the origin of the concept it is seen as solving problems of cities by simply pushing new technology to local government and using technology to solve problems and, in the worst case, invade privacy of its citizens. However, the main logic in the smart city concept, that is, the use of sensors and data to analyze a city’s well being, is still valid and powerful. What cities need to ensure is building trust and confidence in the community through transparent implementation of the Smart City concepts and use a collaborative model for working with citizens.

Making the most functional city in the world

Helsinki’s vision is to be the world’s most functional city. In pursuing this vision, it seeks to create the best conditions possible for urban life for its residents and for visitors. The city’s strategic intent is to do things a little bit better every time, in order to make the life of Helsinki’s residents easier and more pleasant. Helsinki wants to improve its services every day, and in order to improve, the city needs to monitor its performance and understand the citizens’ needs and preferences. (source Wikipedia)

Cities are commonly organized using their primary services as the organizational structure. In Helsinki, the main sectors are social services and healthcare, education, leisure and urban development. These sectors are relatively independent with their own budgets, responsibilities and IT departments. The reporting structure is straightforward, from sector to the central office. This ensures the budgeting and services are monitored, but also gives sectors freedom to execute their services.

This structure also means that the data produced from the services rarely leaves the sector boundaries. For example healthcare is not able to see urban development data, and education has no access to healthcare data, and so on. This is not an issue for operating and improving processes within a sector, but it becomes an issue when managing the city holistically, if the visibility across sectors is limited. Leaving out key data from a sector in an analysis is similar to navigating in darkness without a radar.

What is common with analyzing these issues is the requirement for combining different parameters across sectors to see the full picture. To make the city more functional and to understand the phenomena thoroughly, the data inside the functional sectors needs to be made available to modern analytical methods. This is needed in order to enable the city management to have access to data supported analyses when they are setting priorities for the city.

In addition to improving internal operations, city-controlled data should also be available to be shared and effectively utilized by the city’s external ecosystems such as communities, universities and businesses. With the data external actors can carry out research and develop services that complement the city’s own offering.

The purpose of a city and its services is to make life smart, welcoming and functional for inhabitants. Mentioning the use of data turns many well-informed citizens suspicious, and the intentions of the city’s plan to use datasets may be called into question. To be able to utilize data, the city needs to earn the trust of its citizens and ensure that the data is always ethically and responsibly used for the purpose of making the city more functional – it requires data governance.

The minimum privacy standards on how to do this are defined in EU directives, such as the GDPR. The details of these are beyond this discussion, but for the city it is important that the data is governed with clear, fair and secure processes that make sure all aspects of using data are considered before permits are given.

The EU directives address issues that relate to individual private data, but most data generated worldwide has neither a technical nor an ethical standard for how it is used. MyData is a term for several projects and initiatives that aim to solve this challenge by making data human centric. Cities potentially have an important role supporting the MyData ideology, by endorsing its principles:

The Data Strategy for Helsinki City

One important part of meeting Helsinki’s vision, to become the most functional city in the world, is the creation of a data strategy that addresses the issues mentioned above and sets a roadmap for improving the data utilization and capabilities of the city.

The data produced by the City of Helsinki will be most accessible and widely used in the world by 2025.

After thorough analysis of the operations of different sectors, the central office vision and capabilities the strategy was summarized into these nine principles:

The principles were accepted by the city manager and the city is now following a roadmap to execute the strategy and fulfill the goals in the mission statement. The ultimate goal is that the data will provide city decision-makers with more tools to help them set priorities, citizens will receive better services based on the data, and the city’s ecosystem will be able to research and innovate with the shared data. These are all needed to make Helsinki the most functional city in the world. 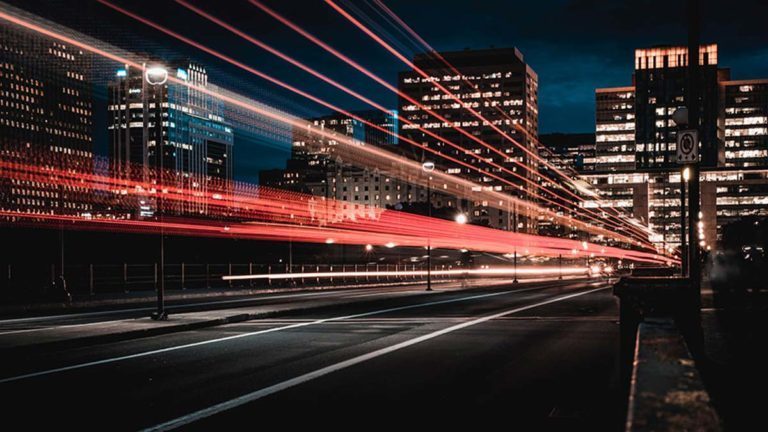 For the ones fluent in Finnish here you can find the Helsinki City Data Strategy document. 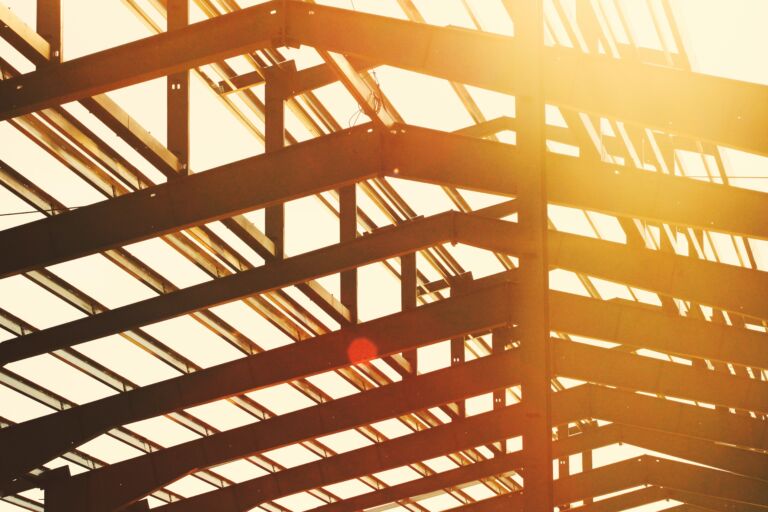 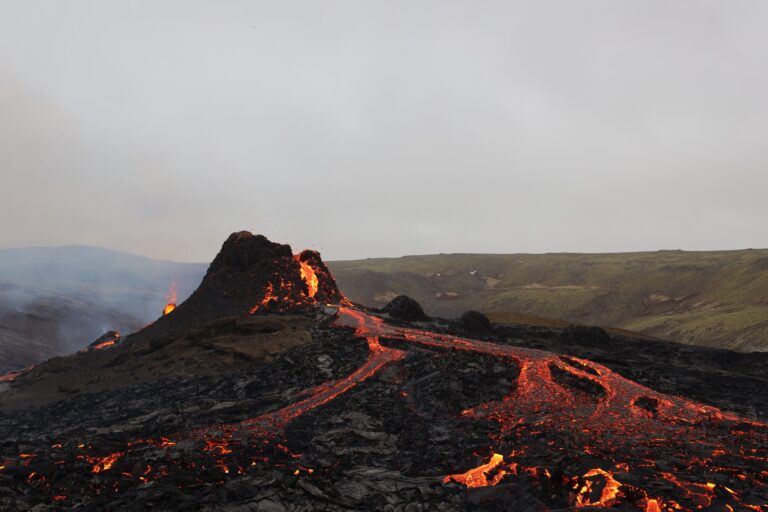 Organizing for success with Data and AI

Artificial intelligence allows humans to focus on the tasks that really matter. Rather than replacing us, AI can take care of steps in the chain of inference, predictions, decisions and subsequent actions that are
Read more