How Supercell uses data and AI to develop and maintain its global, mobile gaming ecosystem.

With its vision to “create games that are played for years and remembered forever”, Supercell has created five games grossing over $1 billion each and is set to grow. Having millions of active players, the amount of data generated during game sessions is enormous and so are the opportunities and challenges coming with it.

On the 24th November, 2021, the Helsinki Data Science Meetup returned after a 10 month break, and for the first time ever, the event was run in a hybrid format. This edition was hosted by the Finnish game development company Supercell, where participants of the event were able to take an exclusive “behind the curtains look”, at their data operation and ask questions directly to their team.

The HDSM hosted by Supercell, was the biggest one in the history of the event series and it was great to see many familiar faces of the community again. Being the first hybrid event of the series, it was the first time in two years that a fraction of the community was able to gather physically. To quote DAIN Studios co-founder, Ulla Kruhse-Lehtonen; “there was a special energy at Wood City”, the new office location of Supercell near the harbor of Helsinki,“as people were excited to meet other Data Science & Data Engineering enthusiasts since the pandemic started”.

Being “data-informed” instead of “data-driven”

Supercell prepared three insightful talks about the role of data in its organization followed by an expanded Q&A session where the audience, offline and online, was able to raise questions to the presenters.

The first highlight of the evening was the welcoming words of Supercell CEO Ilkka Pannenen. He talked about Supercell’s vision to gather the best people to develop the best games possible and believes that growing a company doesn’t necessarily mean hiring a lot of people. Instead, Supercell’s philosophy is to keep teams rather small. Scalability needs to be driven by other factors. Another noteworthy remark was his description of Supercell being data-informed instead of data-driven. Being in the business of developing games that people enjoy, new game ideas are driven by creative intuition.

Designers and developers might have an idea which they want to pursue in order to improve the gamer’s experience and only at the secondary level, data is used in order to validate or falsify hypotheses about the new ideas and features.

To ensure a “data-informed” culture at Supercell, Pannenen emphasizes the importance of transparency when it comes to data. An aspect that was later further highlighted by the speakers is that employees at Supercell have access to all data. They receive in-house newsletters about important game KPIs on a daily, weekly and monthly basis. This ensures that employees always know what is going on and can immediately also work towards improving certain KPIs.

Next, Boris Nechaev who is leading the data engineering team at Supercell talked about how data “lives and breathes” at Supercell. Having accumulated five petabytes of data over the last decade, Supercell faces unique challenges in organizing its data teams. A common discussion in the industry is about whether data teams need to be centralized or decentralized. Supercell’s approach is following a hybrid model. While a central data team is maintaining the infrastructure, convenience tools, and ensuring GDPR compliance, every team within Supercell has one or two dedicated data scientists or analysts which helps the teams to make sense of the data and derive insights out of it.

This model was further highlighted by Ville Suur-Uski, Data Analytics Lead at Supercell, who provided insights on how the data is used within a game team. He showed how data analytics helps to understand how clans are connected within Clash Royale, one of the most famous games of the developing house. Understanding this, helps the team to further develop the game and clan system specifically. He concludes that data analytics empowers teams to check their intuition and speed up the decision making process. However, it also enables them to focus on the decisions which yield the biggest impact and ensure scalability. Finally, he also mentions that because teams have dedicated data analysts embedded they are able to see game distinct blind spots and opportunities faster.

The last talk of the evening was given by Jarno Seppänen, Machine Learning Lead at Supercell. He shared his learnings of building a game AI for Clash Royale to ultimately improve the gaming experience, especially for new players. On average, a player wins and loses 50% of the time. The purpose of the game AI was to increase the win rate to roughly 70% to keep players entertained and engaged. He shows how complex it can be to develop a self-learning game engine and why traditional rule-based approaches are not working. When asked for his ideal game AI, he mentioned that it would be great to have the AI learn from real games and memorize the past games. During his talk, he shows that it is only practical to deploy a memoryless neural network.

Communication skills are crucial for the modern data scientist

Gathering questions from the online audience and the physical audience, the following Q&A session holds many insightful gems and we especially recommend rewatching it.

When asked about the biggest lessons learnt when working with large data sets, Boris mentioned that decisions you make early on will stick with you for a long time. This makes migrations hard and expensive and need to be carefully considered. At the same time Jarno highlights that this should not paralyze you out of fear. Instead you should get out early and use data to optimize.

All three panelists agreed that it is extremely helpful to have data analysts embedded into the product teams. They can help to formulate data-informed problem statements which makes measuring decisions taken a lot more efficient. At the same time, KPIs are often created with confirmation bias, meaning that they are already designed in a way that they confirm what you are trying to measure, regardless of its correctness.

Most surprising for many in the audience were the answers by the panelists about what skills are crucial for modern data scientists. While many expected a concrete technical skill like, being an expert in python or ETL processes, their answer was curiosity and communication. Ville said that curiosity is needed to always try to find new insights that push the product further and understand the user dynamics. Jarno added communication as a core skill because data scientists need to be able to understand the business problem and translate the findings into the language of the other person, regardless of their level of data literacy.

This edition of the Helsinki Data Science Meetup marks the most successful one in terms of numbers. We received 1576 registrations for the event which is an increase of 363,13% towards the previous meetup.

In total, 551 people attended the event which marked a 282,45% increase. The bar chart below shows that Helsinki remains the biggest cohort location of the meetup. However, we are seeing a growing number of attendees from the DACH region. It was great to see that we even reached people on the other side of the big pond as well with registrations from Los Angeles and Montreal.

The meetup remains a great spot for hosts to have meaningful conversations with senior level data professionals but also a great source of new talents as these build the biggest cohorts of the community.

If you are interested in hosting one of the next meetups, drop us a message and let’s plan the next edition of the Helsinki Data Science Meetup together.

If you want to become a member of the HDSM-community, please join our LinkedIn Group or Slack Channel.

Supercell is a mobile game developer based in Helsinki, Finland, with offices in San Francisco, Seoul and Shanghai. Since the launch in 2010, Supercell brought five games to the global market – Brawl Stars, Clash Royale, Boom Beach, Clash of Clans and Hay Day.The dream is to create games for as many people as possible that are played for years and remembered forever. Supercell are individuals from over 40 different nationalities who believe in transparency, trust and the power of spending time with one another. 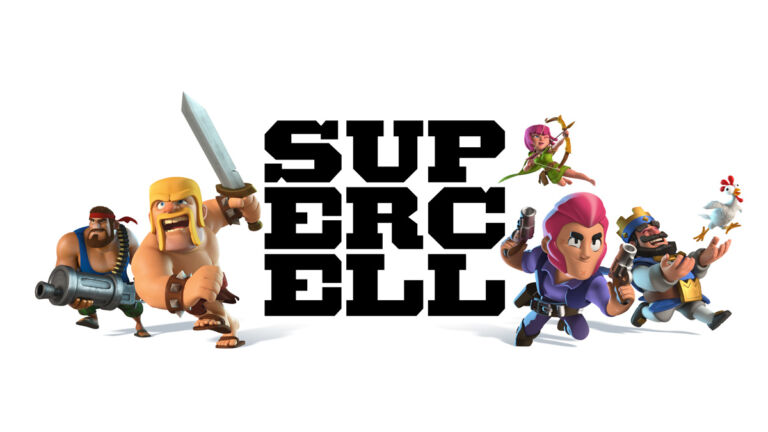 The Helsinki Data Science Meetup (HDSM) is a quarterly held, hybrid event series (online & physical) for professionals sharing an interest and passion for Data Science and Artificial Intelligence. The Finnish-based meetup has been facilitated by DAIN Studios since 2016 and every edition is hosted by a company that has been active in the fields of Data Science and AI, wanting to share their learnings and experiences. The meetup is aimed to foster the exchange of ideas and learnings across the Nordics and Central Europe and is seeing ever growing interests from tech professionals from all over Europe .

Never want to miss a Data Science or AI Event?

We use cookies on our website to give you the most relevant experience by remembering your preferences and repeat visits. By clicking “Accept”, you consent to the use of all the cookies.
Do not sell my personal information.
Set preferences ACCEPT REJECT
Manage consent

This website uses cookies to improve your experience while you navigate through the website. Out of these, the cookies that are categorized as necessary are stored on your browser as they are essential for the working of basic functionalities of the website. We also use third-party cookies that help us analyze and understand how you use this website. These cookies will be stored in your browser only with your consent. You also have the option to opt-out of these cookies. But opting out of some of these cookies may affect your browsing experience.
Necessary Always Enabled
Necessary cookies are absolutely essential for the website to function properly. These cookies ensure basic functionalities and security features of the website, anonymously.
Performance Always Enabled
Performance cookies are used to understand and analyze the key performance indexes of the website which helps in delivering a better user experience for the visitors.
Functional
Functional cookies help to perform certain functionalities like sharing the content of the website on social media platforms, collect feedbacks, and other third-party features.
Analytics
Analytical cookies are used to understand how visitors interact with the website. These cookies help provide information on metrics the number of visitors, bounce rate, traffic source, etc.
Advertisement
Advertisement cookies are used to provide visitors with relevant ads and marketing campaigns. These cookies track visitors across websites and collect information to provide customized ads.
Others
Other uncategorized cookies are those that are being analyzed and have not been classified into a category as yet.
Non Necessary
Any cookies that may not be particularly necessary for the website to function and is used specifically to collect user personal data via analytics, ads, other embedded contents are termed as non-necessary cookies. It is mandatory to procure user consent prior to running these cookies on your website.
Save & Accept